Is a computer a reconfigurable causal network?

I've just read the published proceedings of the 2010-2011 ACM Ubiquity symposium on the Turing question "What is computation?"  (The Computer Journal, Vol. 55, num. 7, pg 799, 2012)  Is a computer simply a reconfigurable causal network (including possible feedback)?  I think of "information" as "knowledge", see my blog of 25 Feb. 2012.
Posted by robertwilliamjones at 6:45 AM No comments:

my library needs some work

It took me some time to find my copy of the book Hypercomputation.  I was not even sure if it was at home or at work (ESU).  I need to do some further organization.  At the moment perhaps half of my books are organized into catagories like:
computer science
artificial intelligence
machine learning
neural networks
AI textbooks
robotics
weak methods
creativity
case-based reasoning
programming languages
logics
statistics
electronics
physics
fusion and plasma physics
natural language
cognitive science
mathematics
philosophy
spaceflight
socialism
fiction
(each of these can be subdevided in turn)
I need to organize as much of the rest as I can.
My file cabinets full of journal articles and lab reports are in better shape (perhaps 95% organized) but also need work.
Posted by robertwilliamjones at 5:59 AM 1 comment:

Changing what science is and how it's done

Having multiple overlapping theories of a knowledge domain is better than having just one.  For more than 50 years I have been following this scientific pluralism (see my Sept. 26, 2010 blog for examples).  What follows is a Bayesian argument for scientific pluralism following Cheeseman (in The Mathematics of Generalization, D. H. Wolpert, ed., 1995 and references therein).  Conventional science can be seen to be an approximation to scientific pluralism. 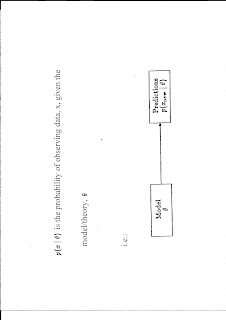 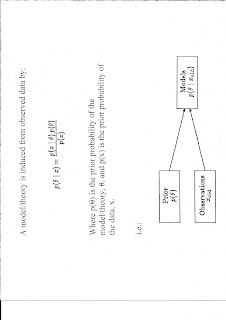 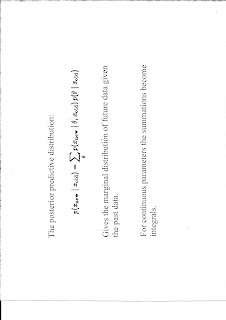 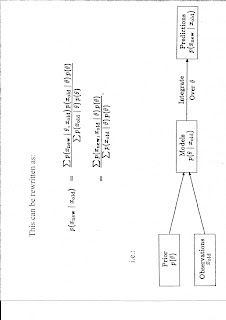 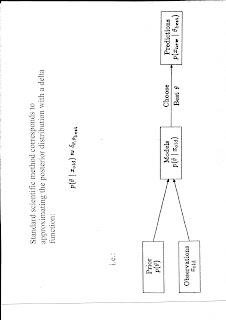 Posted by robertwilliamjones at 2:31 PM No comments:

American exceptionalism is a bad idea.  It gets in the way of americans learning from other people.  It gets in the way of  learning from countries with higher standards of living than us and countries with better health care systems than us, etc.  Starting a war is murder.  A goal of spreading democracy doesn't change that.
Posted by robertwilliamjones at 5:13 AM No comments:

Forgetting is part of learning on each level of  (some versions of) the Asa H hierarchy. (And similarly for other examples of machine learning.)  Death is forgetting at the level of the whole individual. (Further up the hierarchy if you will.)  Extinction is forgetting at the level of the whole species. So death and extinction are not bad.  (Though they may come too soon in some cases.)  How quickly forgetting should occur depends in part upon the size of the memory that is available and speed of memory access.
Posted by robertwilliamjones at 5:48 AM No comments:

Multiple proofs are better than one

Having two or more proofs (arguments/derivations) is better than having just one.  All real logic is fuzzy (approximate) in the sense that each logical step may be wrong (at least some of the time) and each quantity being manipulated is only a rough (approximate) description of something observed in the real world.  In some idealized logics 2 proofs may be no better than 1 proof.  In some more realistic logics 2 proofs are better than just 1.
Posted by robertwilliamjones at 7:33 AM No comments:

Telemetric input and servo-powered animatronic output "Waldos" (see wikipedia, "remote manipulator") can be used to input and output sign language.  200-300 signs (American Sign Language, Spark Charts, 2004) would cover about 2/3 of conversations while 2000-3000 signs (American Sign Language Concise Dictionary, M. L. Sternberg, Collins, 1994) would cover about 95 % .  Each sign would be stored as a brief script.  Input to a telemetric input Waldo would be recognized by matching against the recorded script (case vector).  Output would be accomplished by sending the recorded script to a servo-powered animatronic output Waldo.

I see this as an extension to the way in which protolanguage was used by Asa H.  See chapter 1 of my book "Twelve Papers" (www.robert-w-jones.com, Book).  Each of the 3000 or so signs can be recorded in a single pass from an input Waldo.  Association of these signs with events that occur in the world (and "meaning") is then learned by associative learning in the usual way by Asa H.
Posted by robertwilliamjones at 4:20 PM No comments: